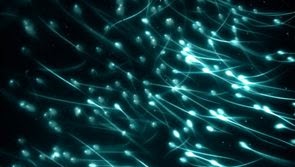 Watch "Swim" a short 4:46 minute film simply about the power that brings us all to life. Set in a time where all is designed to be controlled, and so the elementary force of our very existence brings an undeniable fusion for a magic moment. 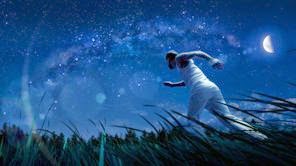 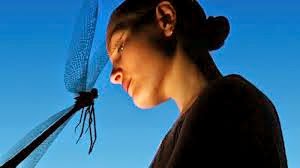 Watch "Duet" a short 2:57 minute film where modern and classical merge in a sky-blue scenery at the first peep of dawn...

Watch "Next Order" featuring the music of 'Skrillex' and 'Boys Noize' (Dog Blood project) a 4:35 minute music-video short-film "an autistic boy feels alienated in our chaotic world that he is forced to inhabit."

KLA note: Having many friends who have autistic sensibility, they each have their own unique way of perceiving and sensing their world. We all do. I found this film interesting because it shows one person navigating-a-way-forward through his mind's eye and mental-image-pictures, which are stimulated by everything everywhere everyone around him ... like every one of us, each one sensing and being stimulated, uniquely different. One individual's distraction can be another person's passion. 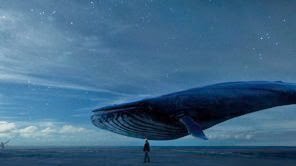 Watch "Requiem 2019" a short 4:15 minute film directed by Rutger Hauer and Sil van der Woerd, who felt an urge to bring attention to stop the ongoing whaling. A science-fact science-fiction visual-effects film about the last remaining blue whale who comes eye-to-eye with its only enemy; mankind. The rights of one living thing over another living thing are imagined - does one living thing have the right to take away the rights to live of another living thing? The film's directors felt an urge to bring attention to the ongoing whaling, which predicts the end of whale existence by the year 2019 ... Or perhaps by 2019, laws are created which fully entitle humans the right to enslave whales to do human's bidding; to be ate by humans, used as science experiments, or to entertain humans.

Genetic Replicants, humans who are not considered to fully exist, so to not have the rights of a human to fully exist. Replicants created in laboratories to do the work, including mining, that humans no longer find healthy, legal, moral, ethical or tasteful - work void of a human's right to health and well being. Most of the Human-replicants live in the new frontiers off-world colonies, mining other planets for resources Earth has run out of long ago, or has deemed destructive to Earth, therefore are illegal to mine on Earth. It is easy to enslave and consider someone less than human, when they live their lives out of sight, out of mind (under water, on reservations, mining colonies or off-world).

The corporations, who mine the off-world resources and need the human replicant slaves to economically do so, run the politics, pay the police and generate advertisements to publicly educate the propaganda that some people are okay to enslave, and govern to withhold or diminish their equal rights. For the betterment of society, because these needs are identified as essential for society to progress, the corporations advertise to educate their corporate mining needs to enslave as essential to society's survival ...

Belief is created, invested in to generate and perpetuate "inequality"  - that for society to gain it is essential to exploit and diminish the rights of one-kind-of society over another. Since it was deemed on Earth that class systems are exploitive and that it is not okay to exploit humans, the animals are exploited for gain - and so it becomes advertised, educated and propagated that human Replicants are more animal than human ... animals that can talk, but not people because they are not as intelligent as full humans.

Advertising schemes run non-stop, throughout the city day and night, to remind people what is right, needed and necessary. The corporate-slave human Replicants, due to their short life-existence expiry-dates live to feel, live-to-know-themselves, live-to-see-freely, live-to-see-more than the humans who are also blindly-enslaved to uphold the same human-diminishing system founded on expiring-human right-to-exist.

" I've... seen things you people wouldn't believe... Attack ships on fire off the shoulder of Orion. I watched c-beams glitter in the dark near the Tannhäuser Gate. All those... moments... will be lost in time, like tears... in... rain. Time... to die..."

Blade Runner is a 1982 American dystopian science fiction thriller film directed by Ridley Scott starring Harrison Ford, Rutger Hauer, Sean Young, and Edward James Olmos. The screenplay, written by Hampton Fancher and David Peoples, is loosely based on the 1968 novel "Do Androids Dream of Electric Sheep?" by Philip K. Dick. "Tears in Rain" is also the name of the last track of the official score for the film by Vangelis. Screenwriter David Peoples asserted that Rutger Hauer wrote ad libbed the "Tears in Rain" speech. Harrison Ford's job as a Blade Runner is to police human Replicants, run them down to exterminate their right to live ... to end the life of these corporate slaves, when the corporations decide the human Replicants no longer have the right to fully exist, their rights to live have been revoked.

In his autobiography, Rutger Hauer said he merely cut the original scripted speech by several lines, adding only "All those moments will be lost in time, like tears in rain". "I've known adventures, seen places you people will never see, I've been Offworld and back... frontiers! I've stood on the back deck of a blinker bound for the Plutition Camps with sweat in my eyes watching the stars fight on the shoulder of Orion...I've felt wind in my hair, riding test boats off the black galaxies and seen an attack fleet burn like a match and disappear. I've seen it, felt it...!"

More info:  "Blade Runner" and "Tears In The Rain"


Life it burns out like a match and disappears.
Did I exist if I am the only one who knew of, or cared for, my existence?

"Existence - Los Angeles 2014.19"
Time to let go of what kills and harms -
time to heal the hurt.
Time to see what you have not seen -
time to feel your heart.
Time to hear what is being said -
time to intuit what is not said.
Time to love what is round and square -
time to love love for your own love's sake.
To love is to fully exist,
an act outside of time.
- Karin Lisa Atkinson

“Come you lost Atoms to your Centre draw,
And be the Eternal Mirror that you saw:
Rays that have wander'd into Darkness wide
Return and back into your Sun subside”
- Farid al-Din Attar (12th Century)

“If you will but aspire
You will attain to all that you desire.
Before an atom of such need the Sun
Seems dim and mirky by comparison.
It is life's strength, the wings by which we fly
Beyond the further reaches of the sky.”
- Farid al-Din Attar (The Conference of the Birds, 12th Century)
Posted by Karin Lisa Atkinson