National Geographic Article: Rare earth elements are essential in many hi-tech innovations like hybrid cars and wind turbines. The battery in a single Toyota Prius contains more than 20 pounds of the rare earth element lanthanum; the magnet in a large wind turbine may contain 500 pounds or more of neodymium. U.S. military uses rare earths for night-vision goggles, cruise missiles and more.

"They're all around you," says Karl Gschneidner, a senior metallurgist with the Department of Energy's Ames Laboratory in Ames, Iowa, who has studied rare earth elements for more than 50 years. "The phosphors in your TV—the red color comes from an element called europium. The catalytic converter on your exhaust system contains cerium and lanthanum. They're hidden unless you know about them, so most people never worried about them as long as they could keep buying them."

Lithium is lionized. Silicon has a whole valley named after it. But what about the silent heroes of modern technology? Rare earth elements—a set of 17 related metals, mostly shunted off to a tacked-on lower line of the periodic table—are crucial to the way we live now; responsible for miniaturizing computers and headphones, powering hybrid cars and more. The time has come to get better acquainted with the molecules that make our modern world run.

What is the "Idle No More" Indigenous movement in Canada all about. 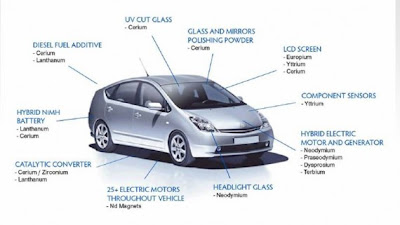 World Trade Organisation (WTO) - their reporting and the Dispute among Nations