Watch "Remote Reconnaissance of Another Solar System"
(2:14 minutes) this visualization, produced using the Hayden Planetarium's Digital Universe, the most comprehensive and scientifically accurate, three-dimensional map of the known universe, shows where the star HR 8799 is in relation to our solar system.

Recently, a team of researchers led by the American Museum of Natural History used a suite of high-tech instrumentation and software called Project 1640 (technology link) to collect the first chemical fingerprints, or spectra, of the four red exoplanets orbiting this star. This visualization also shows other stars that are known to harbor planetary systems (stars with blue circles around them). HR 8799’s system, which is 128 light years away from Earth, is one of only a couple of these stars that have been imaged, and the only one for which spectroscopy of all the planets has been obtained. Over the next three years, the team will survey many of these other stars in the same manner in which they studied HR 8799. 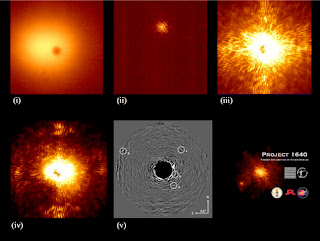 
Watch "Long Exposure of Star HR 8799"An example of a long exposure of the HR 8799 system. The star is at the centre of the image, blocked by the coronagraph. Each frame of this movie shows a slightly longer wavelength of light, or colour progressing through 30 different wavelengths from 1.0 μm to 1.75 μm in the “near infrared,” colours too red for the human eye to see. The speckles move radially outward from the star because they are an optical effect. Because they move in the movie, and real celestial objects do not change position at different colours on the sky, the planets around this star can be found using software that looks for objects that do not move in this movie.

Project 1640 conducts remote reconnaissance of planetary systems around stars other than the Sun. Specifically it is designed to image planets orbiting nearby stars and to acquire low-resolution spectra of them simultaneously. It is currently the most advanced and highest contrast imaging system in the world and was successfully installed at the Palomar 200-inch telescope July 2008, with a major upgrade and additional control systems added by June 2012.  The project involves optical instrumentation, built at the AMNH, Cambridge University's Institute of Astronomy, the Jet Propulsion Laboratory and Caltech. 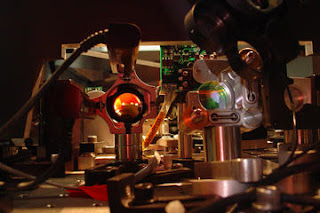 
Observations at Palomar are on-going for a 3-year survey of some 200 nearby stars to find any type of object orbiting them. The primary goal is comparative spectroscopy of young, warm giant planets around these stars, to understand the range of planets extant, and how they form and evolve.

The combination of an extreme adaptive optics system, an advanced coronagraph and hyperspectral imager, and a unique wavefront sensor calibration unit, allows for the detection of objects up to ten-million times fainter than a star within a field of view of 4 arc seconds. This project involves efforts in science-grounded instrument conception and design; optical, mechanical and electrical engineering; development of novel techniques for the manipulation and control of light from distant stars at the level of λ/1000; systems engineering and integration; control and data reduction software; software for the identification and spectrum extraction of possible stellar companions—an effort that includes expertise from the field of computer vision; advanced detector control; and all of the tools of modern astronomy brought to bear on the fundamentally difficult problem of high-contrast imaging: astrometry, coronagraphy, spectroscopy, photometry and various aspects of point-source analysis and signal processing. 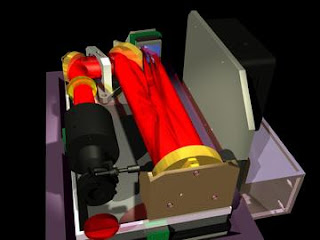