One of the first NFB films directed by an Aboriginal filmmaker, the film received several awards including a Gold Hugo for best short film at the 1969 Chicago International Film Festival. "The Ballad of Crowfoot", directed by Willie Dunn 10-minute 1968 National Film Board of Canada documentary exploring the situation of Aboriginal people in North America through the story of Crowfoot, the legendary 19th-century Blackfoot leader of the Plains. Featuring a montage of archival photos, etchings and newspaper clippings, set against a ballad by Dunn, a Micmac singer and songwriter.

Click here to watch The Ballad of Crowfoot by Willie Dunn 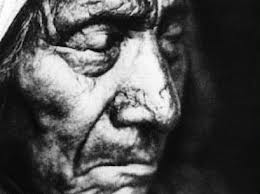