Video short documentary "Native Lines - La Trocha de Platanares" by Cameron Ellis and Ian Bell (Would you like to know what products you buy that contribute to the deforestation and extermination of Panama's Indigenous culture and community?) 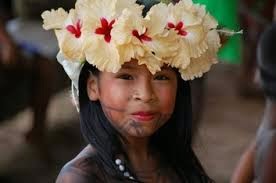 Watch the documentary "Native Lines - La Trocha de Platanares" (short 11 minutes, 2013) The winter in North America is the dry season in Panama. For Wounaan communities on the Pacific Coast of Panama’s Darien, the dry season means a high-stakes conflict with illegal loggers invading their land and stripping their forests. The 2012 logging season was the worst in history for the three Wounaan communities of Rio Hondo, Platanares and Maje. Hundreds of acres of pristine tropical forest were lost, rivers were destroyed, downstream communities starved, and violent conflict left the leader of Platanares Indigenous peoples dead.

Would you like to know what products you buy that contribute to the deforestation and extermination of Panama's Indigenous community, and their culture? 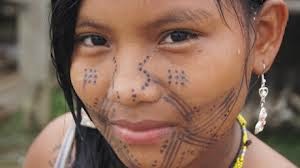 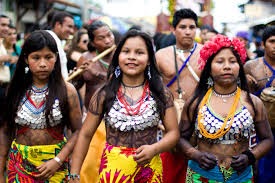 In the spring of 2013, Cameron Ellis and Ian Bell traveled to Panama to capture footage and document the impact illegal logging is having on the Wounaan communities of Rio Hondo and Platanares. Please enjoy this short film.

The filmmakers returned in 2014 to document the increased deforestation and conflict, and a full version of the documentary is currently under review at international film festivals! Thanks in part to this Indiegogo Campaign

Statement of Filmmakers: "Our goal is to raise awareness of this conflict and apply pressure to a Panamanian government that has kept it’s neglect of indigenous populations under the radar, while selling the country off to foreign expats, profiteers and narcos."

Cameron is an anthropologist and map maker. Cameron works with the Wounaan people through the NGO Native Future mapping their lands in an effort to help the Wounaan gain legal title to their communities.

Ian is a social scientist and filmmaker who has spent the last few years telling the stories of small non-profits around the world through film.

They have come together to work on this project because of the urgency of the conflict and the extraordinary people whose tropical forest home is being decimated. 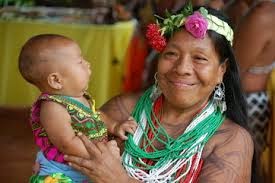 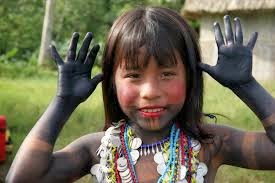 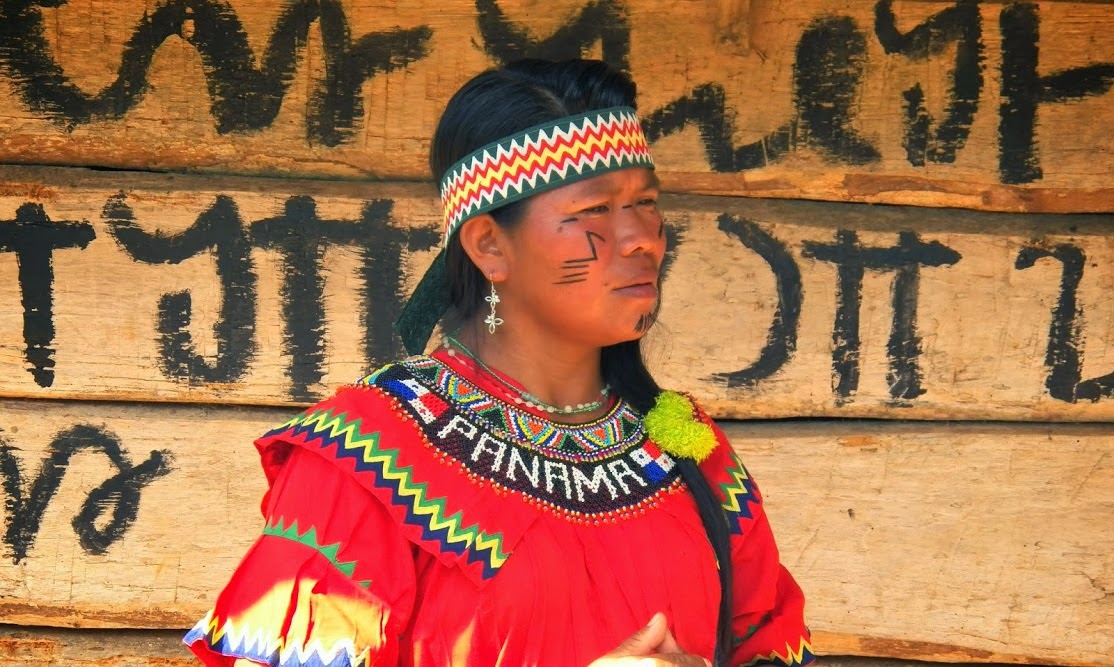 About Panama's Indigenous People: The Wounaan + The Ngäbe and the Buglé

Praying for Dry Land in Panama 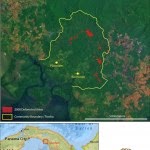 Panama: UN expert to study situation of indigenous peoples in the country

The United Nations Special Rapporteur's "Country Reports" evaluate the situations of indigenous peoples in selected countries and offer recommendations to governments and other actors on how to address particular matters of concern within the framework of applicable international standards. These reports are based on information gathered during the Special Rapporteur's visits to the countries as well as on independent research conducted by him and his support team on the relevant issues, peoples and locations.

Videos by Country: UN Special Rapporteur of the Rights of Indigenous Peoples 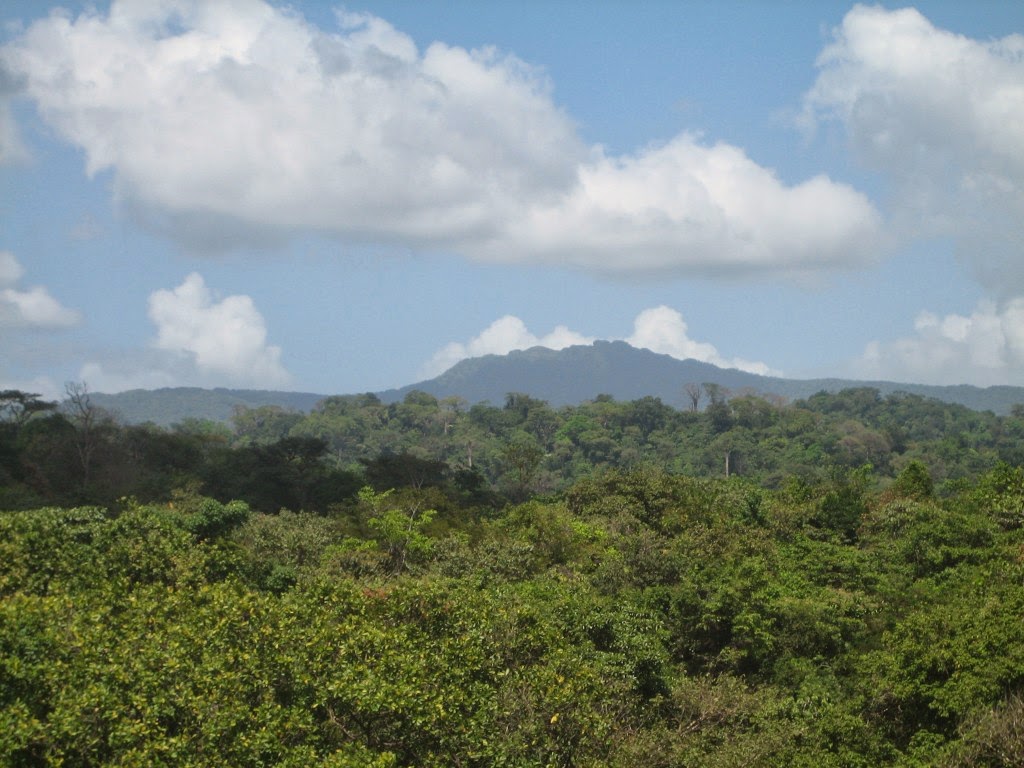 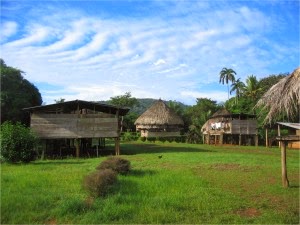 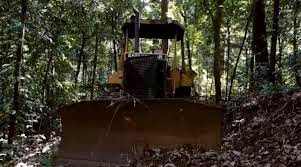 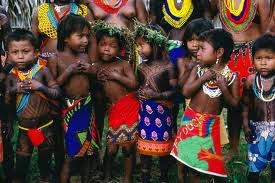 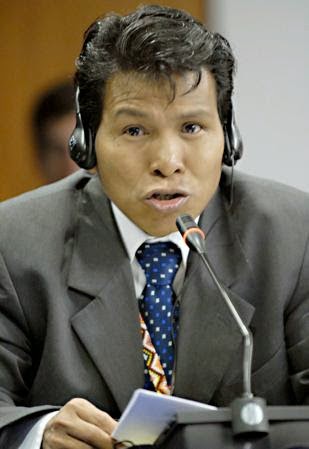 Leonides Quiroz
speaking at a hearing of the
Inter-American Comission on Human Rights, 2010

The Wounaan Higher Education Project provides between ten and twenty annual scholarships to secondary students in rural Darien and East Panamá communities, and to Wounaan students attending University. High school education is often cost prohibitive to many Wounaan students because they must live outside their villages to attend, and transportation and housing are expensive.

The $300 received by the average student does not cover all expenses, but is considered an important motivation to continuing their education. Higher Education scholarships are instrumental to preparing Wounaan to fill critical leadership roles.

In 2011, Wounaan Higher Education scholar, Leonides Quiroz, successfully completed his university studies and defended his thesis becoming the first Wounaan lawyer. Leonides’s commitment to his people’s cause compelled him to pursue law school and lead the legal fight to protect Wounaan rights.

Today, Leonides serves as legal counsel for the Wounaan is the President of the Fundacion para el Desarrollo del Pueblo Wounaan (FUNDEPW) and on a daily basis is on the frontlines defending the rights of his people. 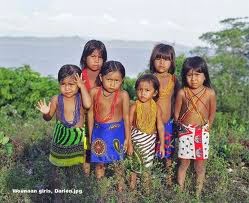