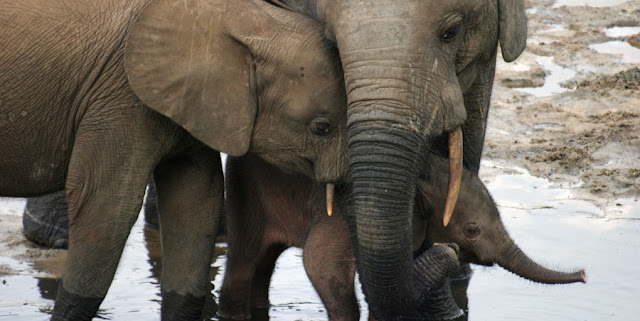 Watch the video "The Elephant Listening Project" , a 7 minute short docu-chat by Cornell University plus listen to the Audio Recording of Elephants. In the dense forests of Africa, there is a species of forest elephant that has proved very difficult to study. Automatic recording units make it possible to monitor the elephants' communication signals and researchers use this information to begin to understand something of the forest elephant's biology. Peter Wrege, director of the Elephant Listening Project, describes the techniques and what has been learned about the biology of these wild, elusive animals. 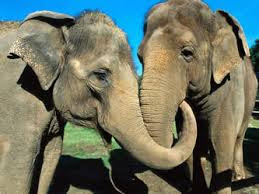 Watch the video "Secret Language of Elephants", a 14 minute documnetary by "60 Minutes". Researchers listening to elephant sounds and observing their behavior are compiling an elephant dictionary. Bob Simon listens to the language of the forest elephants first hand.

Watch the video "Elephant Zen Den" ~ "Magical Sound of Elephants" a 3 minute audio and visual step into the wild with gentle giants. Relax with elephants both young and old, and join the herd. 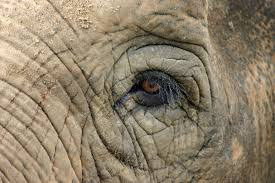 Watch "Sujata and the Elephant Peace Treaty" by Elizabeth Watson , a 12 minute animated short film as described by the filmmaker, "In India elephants raid the crops, and the farmers do what they can to save their fields. It's war! While I was visiting India in 2012, we spent the first nights by a wheat field. Every night there was a war between the elephants and people. Eventually the farmers gave up ... it would be a year without wheat.In this film Sujata and the elephant Bandhu have an idea to save their families from hunger. But will the grown-ups listen?" 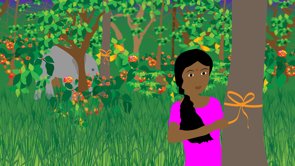