Photography: Mongolia by Hamid Sardar-Afkhami "I am in search of the very soul of a people, a place, a culture." 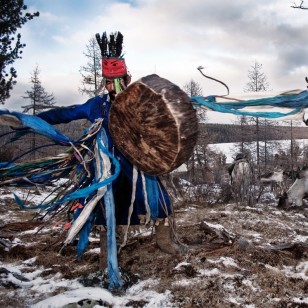 Video Interview with Hamid Sardar about his photography which is part of the 'No Strangers' exhibit at the Annenberg Space for Photography.

"My journey as a photographer and as an ethnographer has been a personal pilgrimage. I am in search of the very soul of a people, a place, a culture."

Hamid Sardar-Afkhami is a professional photographer, writer, award winning filmmaker, explorer and scholar of Tibetan and Mongol languages who received his Ph.D. from Harvard University in Sanskrit and Tibetan Studies. He is based in Ulaanbaatar, Mongolia and Paris, France and participated in the National Geographic expedition that discovered the hidden falls of the Tsangpo River in Tibet. 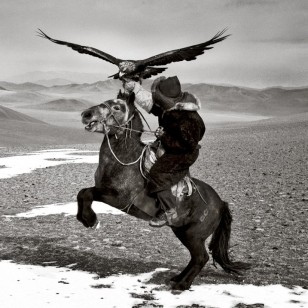 After moving to Nepal in the late 1980’s and exploring Tibet and the Himalayas for more than a decade, he traveled to Outer Mongolia. Seeing the opportunity to create a single important collection concentrating on the last country where the majority of the population are still nomads, Sardar-Afkhami set up Wind Horse, a mobile studio ger camp in Mongolia. With his arsenal of cameras and different formats, he mounts yearly expeditions into the Mongolian outback to document her nomadic traditions.

Most recently he has dedicated his time to the exploration of Mongolia and has brought awareness to the plight of the country's various nomadic traditions through his award winning photography and films. His images have appeared in prestigious publications such as National Geographic Adventure, and Le Figaro. His documentary film was awarded the prize for the Best Film on Culture at the Banff Mountain Film Festival in Canada. Sardar-Afkhami's recent photographic project takes him to Burma where he aims to document and preserve a record of her tribal peoples. 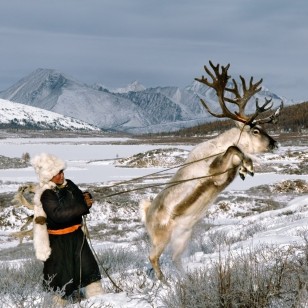 Watch film Trailer: Tracking The White Reindeer is a film by Hamid Sardar beautifully shot and edited, this film takes us into the lives of a group of people who are little known to the outside world.

In the snow-covered plains of northern Mongolia live the Tsaatan nomads. The young Quizilol and the beautiful Solongo are in love. To prove to Solongo's father that he is man enough to marry his daughter, Quizilol has to show he is capable of raising a herd of reindeer by himself. His family gives him a young stallion to start off. During a blizzard however, the stallion escapes into the spirit dwelling mountains. If it crosses the nearby Russian border, it will be lost forever. The young man can only count on himself to capture the animal. Only if he succeeds will he marry Solongo. 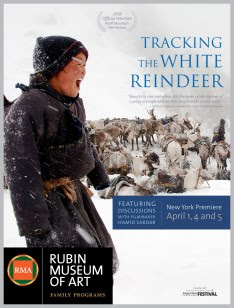