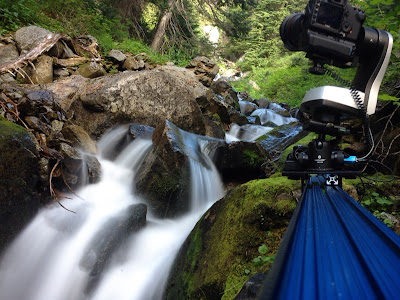 click here to watch Video
"The opening scene begins with the milky way, and the Perseids Meteor Shower in full force! We choose the name Tears of St. Lawrence for a particular reason. St. Lawrence was an early Christian deacon, Laurentius, who was tortured to death by the Romans in AD 258, and whose saint’s day of August 10 coincides with the Perseids build up. The main goal of shooting this film was to capture the Meteor’s while showing a beautifully lit night sky. The rest were really bonuses of being in the Garibaldi Range. The entire Film was shot within a 30 km stretch of the sea-to-sky highway starting in Squamish British Columbia, Canada (near Vancouver). The shot that we put the most effort into (the astrolapse over Garibaldi Lake) just happened to be the one night (out of 4) that was cloudy! It was a 8.5 km hike uphill that took about 6 hours with a 75 pound backpack and Dynamic Perception dolly. It was a tough haul to say the least! There was beautiful scenery on the hike and although it was cloudy for the majority of the shot, the ending still made it all worth while! The clouds burnt off at the perfect time to show Jupiter and the crescent moon rising above the mountain range!" - Team Teardrop 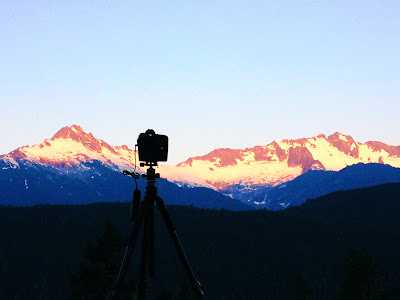